The iconic E Type Jaguar made during the 1960s is an icon in the automotive industry. Its perfect combination of a sleek and sexy design and topnotch performance prompted Enzo Ferrari to name it as “The most beautiful car ever made.”, a title that many car fans still consider to be true. When it was first released in the UK in 1961, it was a success, eventually gaining over 70,000 customers who are all satisfied with their investment. 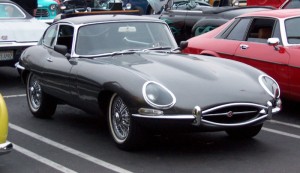 The E Type was a one of a kind car at the time of its first release. To find an e type jaguar for sale today you will most likely be looking at a restoration or one that is in need of restoring, simply because of the number that were produced and their popularity. This is because, it is a Jaguar car that can be either a 2-seater coupe or convertible, and at the time, a convertible is considered to be unique, especially for Jaguar cars. The car was released in 3 sub-versions, the Series 1, 2, & 3, released in sequence during the run of the E Type.

Before these 3 though, the E Type as it is popularly known originated from the E1A, a Jaguar car with a monocoque design, independent rear suspension, and good performance. This model was never made for the public, and only served as a platform to test numerous engineering and technological advancements. The E2A followed soon after, a race car that, like the E1A, became a testing ground for engineering. Used in the Le Mans 24 hour, it was sent to the U.S. upon its retirement, only to be returned back to England to continue its life as a test platform.

The Series 1, the very first E Type released for the public, was first made available in 1961. Prized for its rarity and limited number, it had a 3.8 litre 6 cylinder engine under the hood, and was equipped with disc brakes, and rear suspensions, which eventually became standard to all the E-Type variants.

The Series 2 arrived in 1969, equipped with updated electric fans, brakes, bigger tail-lights and open headlights. Series 2 was manufactured until 1971, during which time the Series 3 came and took over. The final series had an upgraded set of E Type components, and had a powerful V12 engine underneath the hood.

The E Type’s official production ceased years ago, but a British car enthusiast in 2008 used a number of surplus parts from 1974 to assemble what is now considered to be the very last E Type ever made. While it is hard to find a vintage Jaguar For Sale today that doesn’t cost more than the original price, occasionally one will turn up however in an out of the way junkyard or in among other salvage cars that the true restorer has a chance of obtaining and turning into a true classic.